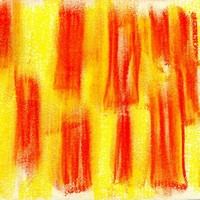 What is the unconscious mind?

Hypnosis talks a lot about the “unconscious mind.” But what is it? Do we actually have something thinking in our heads that we don’t know about?

Next, right this moment, take a deep breath – and notice that almost certainly, until you read those words, you were unaware of your breathing. But something in you was running your breathing one hundred percent safely and securely – what?

Also, most likely, you drive a car or ride a bike. When you first learned to drive, your movements on the controls were slow, deliberate, even clumsy; you were consciously aware each time you reached out for the brake. Yet now, driving happens semi-automatically. You are a better driver, but much less involved. It’s a bit of an odd question, but you might ask yourself, “If I’m less involved, then who is driving the car better?”

Finally, here’s an example from science. The interlocked structure of the benzene molecule was famously discovered by the chemist August Kekule. He studied benzene for many months and made no progress. One day, he fell asleep in front of the fire and his discovery came to him in a dream. If Kekule was asleep, who discovered the structure of benzene?

Indeed most people have unexpected ideas from time to time. They feel like “my idea,” yet they come “from nowhere.” Dreams have the same quality; they feel like “my dream,” yet as I watch, the dream-teller tells a story which I have no control over. If I don’t deliberately choose to have those ideas or tell those dream stories, who does?

The answers are all the same: different aspects of the unconscious mind. These are varied activities which some “dark” part of the brain carries out without us knowing. It sound very weird, but in fact its not. After all, you have essentially zero awareness of the functioning of your liver or pancreas. It’s not so very different to think that there are parts of the brain as an organ which we are unaware of.

One easily understandable component of the unconscious is childhood memories, long forgotten but still controlling out lives. Every time you cross the road safely, your behaviour is, quite correctly, determined by those road safety drills from years ago. But you probably havn’t thought of the drills themselves for many years, perhaps until the moment of reading this page.

If the childhood memory is painful – say a minor car accident, trivial to an adult but upsetting to a child – then it might well determine adult behaviour such as a driving phobia. But it might be so painful it is consciously completely forgotten, but still active until brought to light by hypnosis. Once the person can recall the cause of the fear they can realise that the event was not only trivial but long ago. And the phobia is healed.

From a different perspective, the brain has different ways of thinking. The everyday mind, also called the conscious, or rational mind, thinks logically, rationally, and in sequence. The inner or unconscious mind thinks in terms of symbols, archetypes, feelings and intuitions. The everyday mind analyses an issue, taking it apart and weighing the pros and cons – cost, resources needed, advantages gained, problems, drawbacks and so on. It makes decisions for example by totting up the plusses and minuses. The inner or unconscious mind is dreamily uninterested in time and sequence. It comprehends things as a whole. It arrives at an integrated decision by intuition or gut feeling.

Quite amazingly, it turns out that when we use imagery and symbols, we can communicate with the inaccessible parts of the mind.

For example, when someone has IBS (irritable bowel syndrome), the basis of therapy is simply to imagine positive metaphors for the bowels. For example, a person might imagine their bowels as a deep, pure, slow-moving river flowing in easy curves through delightful countryside. And if they do that for maybe five or ten hours over a few weeks, an enormous number of IBS patients have a dramatic reduction in symptoms, in many cases amounting to a permanent cure. If that sounds unlikely, all I can say is that it has the strongest scientific proof. Strange, yes; but hypnotherapy can often resolve issues even when endless thinking and discussion has failed.