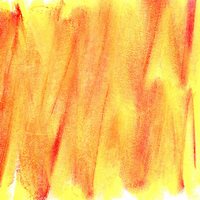 This is just a little of the research showing how effective hypnosis is in, specifically, medical applications. To improve readability for the general public I’ve omitted some detailed references. An accessible  source is hypnosis.tools .

Studies have shown (1) that the use of hypnosis motivational suggestions produced an average 17 pound weight loss compared to half a pound weight loss in the control group after 6 months. A further study (2) showed including hypnosis in a weight loss program doubled the amount of weight lost.
1) Cochrane, Gordon; Friesen, J. (1986). Hypnotherapy in weight loss treatment. Journal of Consulting and Clinical Psychology, 54, 489-492.
2) Kirsch, Irving (1996). Hypnotic enhancement of cognitive-behavioral weight loss treatments–Another meta-reanalysis. Journal of Consulting and Clinical Psychology, 64 (3), 517-519.

Research supports a thorough, individualised, multi-session approach with additional behavioural elements other than hypnosis. Elkins and Rajab reported 95% of patients satisfied with their treatment, 81% stopped smoking, and 48% still stopped after one year with a 3-session treatment. Watkins reported 78% immediate quitting and 76% success at six months, and in a review of research, Holroyd found rates at six month follow up of up to 88%.

The tepid review of hypnosis for stopping smoking in the Cochrane evidence-based medicine database is due to two things. One, the studies they included used only hypnosis, but it is the combination of approaches which is so successful for long-term quitting. Two, they did not distinguish single-session from multi-session approaches, and I totally agree that single-session quit-smoking is not very effective. It needs multiple sessions to work successfully long term. My leading-edge package takes full account of all of that.

Various workers (Crasilneck and Hall; Gross; Thakur) have demonstrated hypnosis being very successfully used in the treatment of both bulemia and anorexia. In one study of anorexia, Nash and Baker found 53% of patients improving without hypnosis, and 76% improving with hypnosis.

In a study-of-studies, Kirsch, Montgomery, and Sapirstein analysed cognitive-behavioral therapy (for all sorts of issues) with and without additional hypnosis. The addition of hypnosis substantially improved results in at least 70% of clients. Effects seemed particularly pronounced for treatment of obesity: clients who had received hypnosis continued to lose weight after the treatment ended. These results were particularly striking because of the few procedural differences between the hypnotic and non-hypnotic treatments.

At Manchester University, Whorwell’s group have found long-term follow-up rates of 95% success with classical, refractory IBS cases who had previously failed with an average of six types of treatment. Certain atypical patients had a wide range of lower rates, but classic-form IBS in patients under 50 had a 100% success. [Prior, Colgan, Whorwell 1990; Whorwell, Prior and Faragher, 1984; Whorwell, Prior and Colgan 1987; Whorwell 2004]

In a study-of-studies, Malone and Strube found that hypnosis and autogenic training (a German system of structured self-hypnosis) was by far the most effective non-chemical treatment for pain, more effective than biofeedback, cognitive therapy, relaxation, operant behaviour methods, TENS units, and even more effective than a package of several of these. Pain relief, unlike most issues, depends on the natural suggestibility of the patient. Individuals with low hypnotisability find different pain relief methods much the same. But Stern, Brown, Ulett and Sletten found that highly hypnotizable people can find hypnosis even more effective than morphine.

A study by Gaal, Goldsmith and Needs found that with hypnosis, children needed only one-fifth of the usual amount of pain medication after an operation.

Hypnosis for recovery from operations

Quite brief hypnosis (30 – 60 minutes) by the anaesthetist before an operation can notably improve recovery afterwards. Disbrow, Bennet and Owings made suggestions of early return to normal bowel movements and reduced hospital stay so much that an average saving of $1200 per patient was made.

While not everyone can, or would ever need to, achieve complete anaesthesia through hypnosis, for those who are so able, the results are spectacular. In the 1840s, just before the discovery of ether as a chemical anaesthetic, the British surgeon James Esdaile was working in India. At a time when surgery was still a terrifying torture, he carried out many dozens of major operations using no other pain relief than hypnosis. Not only were his patients pain-free, there was an unexpected bonus. At a time when perhaps 50% of patients would die from post-operative infection, 95% of Esdaile’s patients lived. And these were major operations! – gruesome, too, you wouldn’t thank me to give the details.

Hypnosis for control of bleeding

In a controlled study of tooth extraction, Chaves, Whilden and Roller found 65% reduction in bleeding with hypnosis.

Jenkins and Pritchard found the duration of childbirth reduced by 2 to 4 hours, with significantly less pain medication required. Zimmer, Perets, Eyal and Fuchs found that mothers who used hypnosis for anxiety and stress management had fetuses who moved in a much more active manner than otherwise.