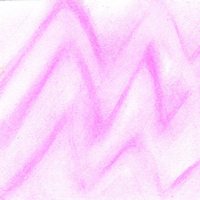 Reassuring facts if you are afraid of flying

Flying is safe. Isn’t it strange that you can know that consciously and yet emotionally be terrified? The knowledge is conscious but the fear of flying is unconscious. That’s why hypnosis is so effective in dealing with fears and phobias – it gives you access into the unconscious.

But even though it’s not enough on its own, many people with flying anxiety have told me how re-assuring they have found the information given here. It tells you factually just how safe it is to fly. Once you’ve read it, give me a ring and step past the unconscious flying phobia as well.

Flying is SAFE. At the time of compiling this data, figures were available for UK airlines for the period from 1990 to 1999. In those ten years of operations by UK airlines , there were NO fatalities. Zero. Not one. According to the Civil Aviation Authority, 706 million passengers flew 7.15 million flights worldwide during that ten year period without a single fatality.

Yet people imagine otherwise – and they are wrong. There is no single reason for this. Clearly, however, one factor is the nature of press coverage: the incredibly rare accidents which do occur get dramatic coverage.

The same has happened recently with the railways. The press has started to give the impression that rail travel is dangerous. This too is wrong. In fact, despite the Hatfield crash and other major incidents, railway deaths have fallen every year for the past 20 years and continue to do so. There are strident demands for high-tech safety systems on the rail network, but the billions of pounds this would cost would provide speed monitoring on almost every road black spot in the country and save an enormously greater number of lives each year. Again, drugs such as heroin get a (deservedly) bad press. But no matter how bad they are, far, far more crime, death, injury and economic loss to the country is caused by alcohol than by hard drugs. You can’t believe the media!

On a flight, you may notice a number of “unusual” sounds and sensations that are actually normal and appropriate operations. For example:

Safety is a concern of everyone who flies or contemplates it. I can provide you with volumes of information about the attention to safety given by the airline industry. No other form of transportation is as scrutinized, investigated and monitored as commercial aviation.

Yet if you decide to hold onto the belief that flying is dangerous, then these reassuring safety facts are lost to you. Statistics and figures that prove airline transportation to be the safest way to travel relate to our logical, reasoning, rational mind. Worry about safety is an intrusion that seems to bypass those faculties of logic and go directly to our emotions. And you will always find another article about some “near miss” or “the crowded skies” that will reinforce your belief.

Even if you hold the belief, “Statistics about flying don’t help me,” give yourself another chance to re-examine your judgment as you read through this section. After all, your goal is to feel as comfortable as possible when you fly, and there are some very comforting numbers here.

Most passengers who have knowledge of the commercial airline industry believe that flying is safe. But when something occurs that we don’t understand, any of us can become quickly frightened. That’s why I encourage you to study as much as you need to reassure yourself about the industry and to take some of the mystery out of commercial flight.

However, some small thing may occur on one of your flights that you haven’t studied. If you become startled or frightened at that time, the statistics that I am about to present may come in handy. An airline accident is so rare, when some unfamiliar noise or bump occurs, your response need not be, “Oh, no! What’s wrong?!” Instead, it can be something like, “I’m not sure what that sound was, but there’s nothing to worry about.” Feel free to press your overhead call button to page a flight attendant whenever you want to ask about unfamiliar sights or sounds. But you needn’t jump to fearful conclusions.

Now, you may notice something a little morbid about this section: most of these statistics have to do with DEATH! This isn’t the most pleasant of subjects, I know. But many people who are worried about flying concentrate on the fear that something will go wrong during the flight, and that the outcome of that error would be their own death. So let’s put this possibility in perspective.

Dr. Arnold Barnett, of the Massachusetts Institute of Technology, has done extensive research in the field of commercial flight safety. He found that over the fifteen years between 1975 and 1994, the death risk per flight was one in seven million. This statistic is the probability that someone who randomly selected one of the airline’s flights over the 19-year study period would be killed in route. That means that any time you board a flight on a major carrier in this country, your chance of being in a fatal accident is one in seven million. It doesn’t matter whether you fly once every three years or every day of the year.

Perhaps you have occasionally taken the train for your travels, believing that it would be safer. Think again. Based on train accidents over the past twenty years, your chances of dying on a transcontinental train journey (in the USA) are one in a million. Those are great odds, mind you. But flying coast-to-coast is ten times safer than making the trip by train.

How about driving, the typical form of transportation in the US? There are approximately one hundred and thirty people killed daily in auto accidents. That’s every day — yesterday, today and tomorrow. And that’s forty-seven thousand killed per year.

In 1990, five hundred million airline passengers were transported an average distance of eight hundred miles, through more than seven million takeoffs and landings, in all kinds of weather conditions, with a loss of only thirty-nine lives. During that same year the National Transportation Safety Board’s report shows that over forty-six thousand people were killed in auto accidents. A sold-out 727 jet would have to crash every day of the week, with no survivors, to equal the highway deaths per year in the USA.

Dr. Barnett of MIT compared the chance of dying from an airline accident versus a driving accident, after accounting for the greater number of people who drive each day. Can you guess what he found? You are nineteen times safer in a plane than in a car. Every single time you step on a plane, no matter how many times you fly, you are nineteen times less likely to die than in your car.

The US Airline Deregulation Act of 1978 permitted the airlines to be competitive both in the routes they flew and the fares they charged. When the price of air travel decreased, the number who flew increased. In 1977, two hundred and seventy million passengers flew on U.S. scheduled airlines. In 1987 four hundred and fifty million flew. For passengers, that resulted in the frustration of crowded terminals and delayed boardings and takeoffs. But did deregulation cause safety to be compromised? Definitely not!

If you are going to worry about dying, there are many more probable ways to die than on a commercial jet. Take a look at the chart below, which shows the chance of fatalities on a commercial flight compared to other causes of death in the United States. Notice that you are more likely to die from a bee sting than from a commercial flight. The number one killer in the United States is cardiovascular disease, with about eight hundred and eighty-five thousand deaths per year. Each of us has about a fifty percent (50%) chance of dying of cardiovascular disease. Whenever we fly, we have a one one-hundred-thousandth of one percent (.000014%) chance of dying!

Even bee-stings are more dangerous than flying

Your odds of death by:

How about accidental deaths? In the chart below you can compare the average number of airline fatalities per year from 1981 to 1994 with the most recent figures for other forms of accidental death. Again, you can see that flying is relatively insignificant compared to other causes of death.

Number of Accidental Deaths Per Year By Cause in the USA

SOURCES: US Bureau of Safety Statistics, US National Transportation Safety Board