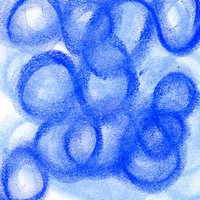 Pioneer US therapist Carl Rogers is one of my heroes, a great therapist and a very beautiful human being. Rogers made the bold and profound step of dropping all techniques and psychological theory from his psychotherapy. Instead, he concentrated on the relationship between the therapist and the client. He maintained that if the therapist

then the client will change and grow. In the 1940’s, psychotherapy was still a world in which the expert therapist diagnosed what was wrong with the client, and then told the client how to get better. Rogers trust and respect for his client’s self-healing was utterly revolutionary.

Today his work is called the client-centred “approach”, not therapy, because of its wide value in all types of relationships, in schools, at work, and in the family. Empathy, warm accepting respect, and genuineness are indeed the bedrock of all relationships.

Rogers worked extensively in education, and would have been appalled by the present emphasis in the UK on testing in schools:

“I believe that the testing of the student’s achievements in order to see if he meets some criterion held by the teacher, is directly contrary to the implications of therapy for significant learning.”

Rogers has been validated by research which shows that in all forms of therapy,  the relationship with therapist is a very important important factor.

Modern psychotherapy owes Rogers a profound debt and I’m sure his work continues to have immense value.

However, techniques do count and the psychotherapy world has moved on. The popular image nowadays of client-centred therapy is of Rogers’ minimalist phase, a reaction against psychoanalysis. In this he did nothing except repeat back what the client had said, in slightly different words, to show that he had understood according to these three criteria. (That doesn’t sound much, but it was the WAY he repeated things back – he heard underlying nuances on such a deep level and repeated them back with such compassion, respect, and presence – amazing to behold.)

The minimalist phse was a step in his own development, and that of modern therapy. But some therapists, in particular counsellors, still today practice nothing else. To me it is a mistake to cling to a stepping-stone methodology which even Rogers in the end left behind. I get many clients who have had such counselling and they all say the same thing: “I understand where my problems come from, but nothing has changed.” So while the way I do things embodies Rogers’ three principles, it goes beyond that: I want your everyday life to change. With modern Rogerian minimalist counselling, too often it doesn’t.