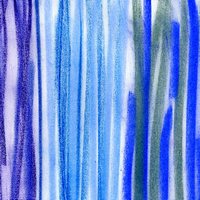 The myth of CBT; is it really the “best” therapy?

[Postscript added Jan 2016. This essay in The Guardian: “Therapy wars – the revenge of Freud” is relevant. It is artificial in that in compares CBT and psychoanalysis though CBT is not in fact any longer the best of the “brief” therapies, nor is analysis the best or only “depth” therapy. But it is good to see the shallowness of CBT being plainly named. ]

Quite obviously, you’d guess that any article which starts like that is going to end up saying “No, no really.” You’d be right.

I use many types of therapeutic method, but I greatly favour something called Solution Oriented Therapy which is  a kind of cousin of CBT. In head-to-head research it gets the same results as CBT in half the time. Plus, a big plus from my perspective, it has endless respect for people and their capabilities. It has a joyful aliveness, and accord clients a dignity, which in my observation CBT does not. Also I use many forms of emotional healing which I know from my everyday experience are valuable, but which CBT ignores.

For all these reasons, I find it quite irritating that CBT gets a press as “the” “evidence based” therapy that is “the best” therapy. There are certainly studies where CBT is overwhelmingly more effective than some forms therapy. But these are generally what I would term “old-style endless-talking therapies” which are weak opposition.

CBT is is in my view one excellent therapy, for some people, at some times. But “the best therapy” – no, that’s a myth. So this article examines whether CBT deserves its reputation.

There are lies, damn lies, and statistics. As it happens, I know about statistics because long ago, my original career was in mathematics. Therapy statistics are tricky.

The many claims in the press that CBT is “evidence based” are misleading in various ways. Professors Mick Cooper and Robert Elliott (University of Strathclyde), William B Stiles (Miami University) and Art Bohart (Saybrook Graduate School) describe it as “scientifically irresponsible to imply that CBT is more effective than other therapies.”

I have many clients who’ve been to previous therapists. What they say about cognitive-behavioural therapy is consistent. They either say: “It was good at the time, very useful, but it didn’t go very deep. Now I’m ready to look what’s really going on.” Or they say “CBT – it was so superficial – no use.” (What my clients in Bristol say about counselling, psychotherapy and cognitive-behavioural therapy (CBT).)

In an article in The Independent (16th December 2008) Andrew Samuels, a psychotherapist and professor at the University of Essex, said: “What you’re witnessing is a coup, a power play by a community [the CBT therapists in the NHS] that has suddenly found itself on the brink of corralling an enormous amount of money. Science isn’t the appropriate perspective from which to look at emotional difficulties. Everyone has been seduced by CBT’s apparent cheapness.”

The way I work is in many ways cognitive-behavioural, probably much more so than Andrew Samuels, who is a Jungian psychotherapist. Like CBT therapists, I place a lot of emphasis on core beliefs; these are an important way to bring change quickly. I focus on present time and on actions and taking risks and making experiments in everyday life, because therapy is about real life. I place a lot of emphasis on what people say to themselves, because our thoughts do create our reality. It’s just that that’s not all that I do. The boundaries of therapy need to be drawn far, far wider.

(1) Research costs money. CBT is the simple medical-model treat-the-sick type of therapy which NHS administrators can understand. Hence, CBT gets the money to do research. And it gets results, because it is not a bad psychotherapy, indeed good in many ways, merely a limited one. Even if those results are not brilliant, they only has to be better than placebo to count as successful. Hence even limited success counts as “evidence-based success”, so it becomes an “evidence based” therapy, and other therapies become tainted as “not evidence based.” But often they simply don’t have the money to prove themselves. This is the point which Cooper and Elliot make in the link above.

(2) Asking “which therapy is best” is like asking “which medicine is best” – it depends on the disease. With therapies it depends on the type of person the therapy is aimed to help. Public sector providers like social services or the NHS have many clients who are very uneducated and whose backgrounds are very emotionally deprived. For these people, CBT offers simple, concrete problem solving skills and basic psycho-education which can be a revelation to them. More sophisticated therapies go above their head, so in a comparison with such therapies applied to these clients, CBT will of course come out on top.

Almost by definition, if you are reading this article, you do not belong to the category of people with low educational level who the NHS needs to cater for. The NHS evidence that “CBT works best” has some validity from the viewpoint of an NHS budget committee who have to give help to all classes of the general public. But while CBT may be useful for public sector providers, it is by no means necessarily what will benefit you the most. You personally might well be far better off with numerous other higher-level therapies.

(3) To say “CBT works best” depends what therapy you are comparing it with. Some of the comparison studies are with rather weak opponents, such as traditional counselling. What I really like about CBT is that it is an action-oriented, here-and-now therapy: life is here, life is now, don’t get lost into mental introspection, get on with life. That’s one pillar of my own approach (for sure not the only one, on its own it’s shallow and incomplete). Traditional counselling is very non-action-oriented. My clients who have been to traditional counsellors and similar psychotherapists tell me the same thing consistently: they say that they talked and talked and talked, but nothing changed. So I don’t doubt that CBT is far more effective than traditional counselling. CBT stands for action not talk, and that’s excellent; so do I.

But it’s like a boxer who’s been hyped up against weak opponents, and then goes into the ring against an equal; he risks a knockout. There are many other types of therapy which are here-and-now and action oriented, just a few well-known examples being hypnotherapy, rational-emotive therapy, and solution-oriented brief therapy (SOBT). When CBT can be directly compared with these, it looks far less impressive.

For example, solution-oriented brief therapy (SOBT), is a new approach to therapy which I like very much, also a pillar of my own way of working, and itself research validated. SOBT is a new and small-budget therapy, so there is not yet all that much research comparing it head-on with CBT. But in the research which has been done, SOBT gets results every bit as good as CBT – in half the time that CBT requires.

(4) A third problem is a bit technical. Some CBT studies stand accused of, in a way, cherry-picking the clients. Before therapy comparison research begins, you need to make sure that the clients to be seen by therapist “A”, the CBT therapist, are statistically the same as those being seen by therapist “B”, (say) a traditional counsellor. If you don’t, then you can’t tell after the study whether the differences you find are due to the different therapies, or to the client groups being different.

Obviously, the people without co-morbid conditions are easier to treat, and lo and behold, CBT performs well. But other therapies studiously include people with co-morbid conditions. Here in the UK, for example, we have the world leaders in SOBT training, the excellent Brief Therapy Practice (www.brief.org.uk). Brief Therapy Practice actively seek out the most challenging public sector clients to work with. These are people with very hurt lives who can be very, very difficult to help. And BTP include the results they get with these challenging clients in their followup research. Even if their results were not as good as CBT – and if fact they are very impressive – their achievement would be greater, because they are based on more difficult clients.

All in all, CBT is a good therapy for some people, and sometimes an excellent therapy. But its reputation for being the “best” therapy for all people, or “the evidence based therapy” is totally undeserved. There are many other therapies which are not merely just as good, but offer far more in terms of feelings, emotions, and healing the hidden core of an issue. For CBT’s reputation, credit its lobbying power and budget.

My own approach could be termed “CBT with heart and soul”. It includes those principles of CBT that I feel have enduring value – the emphasis on living life now, on taking action, on changing from destructive to constructive patterns of thinking. These are not original to CBT, they are basic to all the ancient wisdoms:

“Our life is shaped by our mind; we become what we think. Suffering follows an evil thought as the wheels of a cart follow the oxen that draws it.” Gautam Buddha